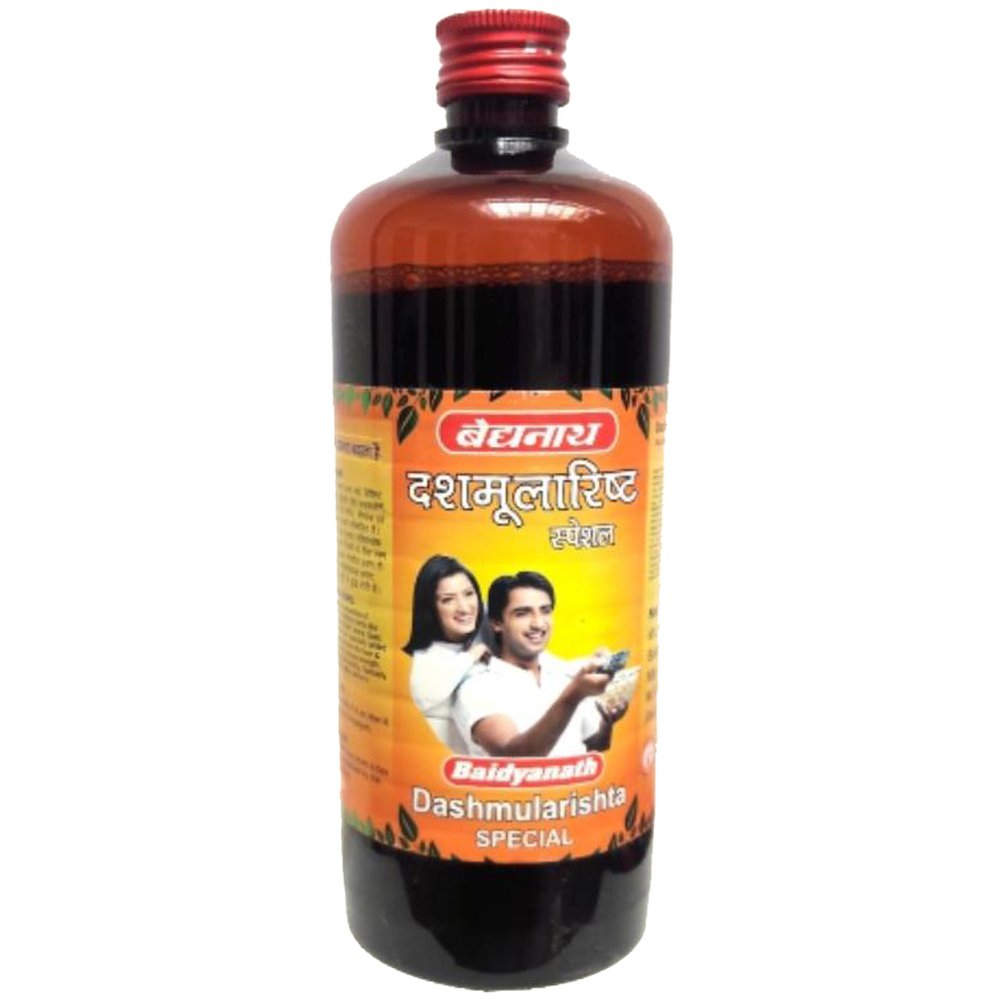 Dashamoolarishta, also known as Dasamoolarishtami, is an ayurvedic liquid medicine used as a health tonic and pain reliever. It contains 3–7% self-generating alcohol because it is made by fermenting herbs, which gives it vitality and reduces weakness. It is also very beneficial for women’s disorders and helps women to maintain optimum health. In women, it is frequently used after delivery for the prevention of postpartum issues, such as infectious diseases of the

The following health issues benefit from the use of dasamoolarishtam (Dashmularishta).

Use of Dasamoolarishtam in Postpartum period

Following delivery, regular use of Dasamoolarishtam has the following advantages.

Due to its digestive stimulant properties, Dashmularishta increases appetite and aids in the treatment of indigestion in the postpartum period, which in most cases results from a loss of appetite and indigestion.

Dasamoolarishtam is beneficial in both low-grade and high-grade fever, which some women experience. In acute fever, Dashmularishta helps fighting off infectious microbes and lessens the severity of symptoms like restlessness, headache, discharges, pain, etc. Note that patient may need other medications to fight off the infection; today, antibiotics are used. Historically, dasamoolarishtam and madhurantak vati, praval pishti were only

Due to its mild astringent action, Dasamoolarishtam alone can treat some women who experience diarrhoea or IBS after giving birth, though this condition is extremely rare.

After giving birth, many women experience low back pain and, in some cases, back stiffness; in these circumstances, Dasamoolarishtam and Ashwagandha extract are more beneficial.

Due to the presence of some immunomodulator herbs, dashmoolarishta also enhances immunity. If taken as soon as possible after delivery, it significantly reduces the likelihood of postpartum or subsequent health issues by about 90%.

Many doctors and patients report that there is no obvious or reportable cause of recurrent miscarriages in many women. All reports are normal. In such a case, the aforementioned cause is most appropriate, and the following combination with Dasamoolarishtam helps well. Recurrent miscarriage is thought to occur due to the uterus’ inability to implant the embryo properly, which occurs due to weakness of uterine muscles.

If you are already overweight, you can reduce the amount of Ashwagandha Powder in the formula above to 500 mg twice a day. Ashwagandha Powder can make some women gain weight, but it is excellent for lean women, and it is crucial to take Ashwagandha to treat recurrent miscarriage.

The benefits of Dashmularishta outweigh those of Dasamoolarishtam for IBS, which is less effective but does have the advantages of boosting appetite, reducing bloating, and giving the body strength.

Male infertility due to pus in seminal fluid

Dasamoolarishtam, a remedy for men with pus in their seminal fluid, is one option for treating this condition. Triphala is another option, and both should be used in tandem for the best results. In persistent and difficult cases, Rajat Bhasma, a silver-based remedy, becomes crucial.

In cases of persistent cough, also known as VATAJ KASHA in Ayurveda, where dry cough attacks occur and subside after a few sputum expulsions, dasamoolarishtam is helpful.

Dasamoolarishtam is an effective treatment for VATA aggravation, which is the cause of osteoporosis, according to ayurveda. As a result, it is helpful for treating osteoporosis, but patients also need other medications, such as Laxadi Guggulu and other calcium and mineral supplements.

Usually recommended after meals, 12 to 24 ml. can also be taken in multiple doses. If necessary, add an equal amount of water before consumption.

Here are some conditions where Dashmularishta should not be used because doing so could make the problem worse.

Dashmoolarishta should not be used in any of the aforementioned symptoms; instead, Jeerakarishtam is the best substitute because it offers nearly identical benefits to those who have these symptoms.