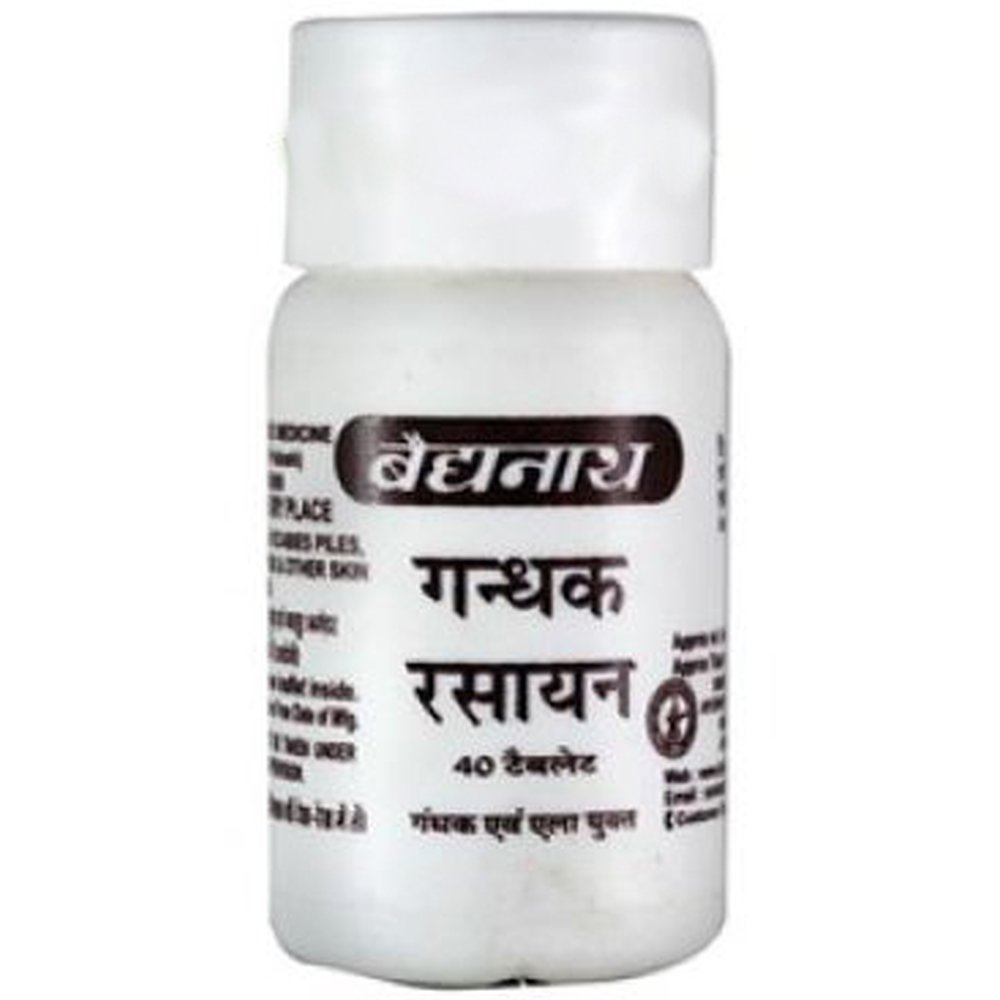 Sulphur/Sulfur is known as “Gandhak” in Sanskrit and Hindi due to its strong peculiar rotten-egg like smell; it is a non-metallic element found in nature. There are four varieties of Sulphur viz. red, yellow, white, and black; of these, the red and black are not currently available. Yellow variety is used for internal use; white variety is used for external use.

The following health issues can benefit from Gandhak Rasayan.

pus in the seminal fluid can cause oligospermia or infertility.

Urticaria or hives and angioedema

Gandhak Rasayan is the drug of choice in ayurveda for this condition, which causes a small red spot to appear on the skin as a result of an allergic reaction to allergens and causes itching and occasionally burning sensation on the skin. However, sometimes, it may not work alone, so your doctor may also suggest other remedies, such as Jasad bhasma and Haridra Khand. If burning becomes worse, then Giloy Satva, Praval Pisht

Gandhak Rasayan helps internally with scabies rashes and itching, but you also need to apply neem oil locally or make a paste with neem leaves and turmeric (Curcuma Longa) to treat the infection.

Gandhak Rasayan, which is frequently used in conjunction with Shankh bhasma and Mukta Sukti Bhasma or Pishti, helps to reduce acne and pimples by purifying the blood, removing obstructions, and halting secondary infections.

The safest dose of Gandhak Rasayan is between 250 mg and 500 mg twice or three times per day, but the dosage can change depending on age, health status, and other factors.

Changes in preparation techniques or ingesting raw sulfur can cause a number of harmful effects, but preparing Gandhak Rasayan strictly in accordance with ayurvedic principles makes it POSSIBLY SAFE.

The following side effects may occur when Gandhak Rasayan is taken in excess (2 grams per day).

Gandhak Rasayan is not known to be safe or effective during pregnancy or breast-feeding, so it is best to avoid using it during these times or to speak with your primary care physician or ayurvedic physician before doing so.