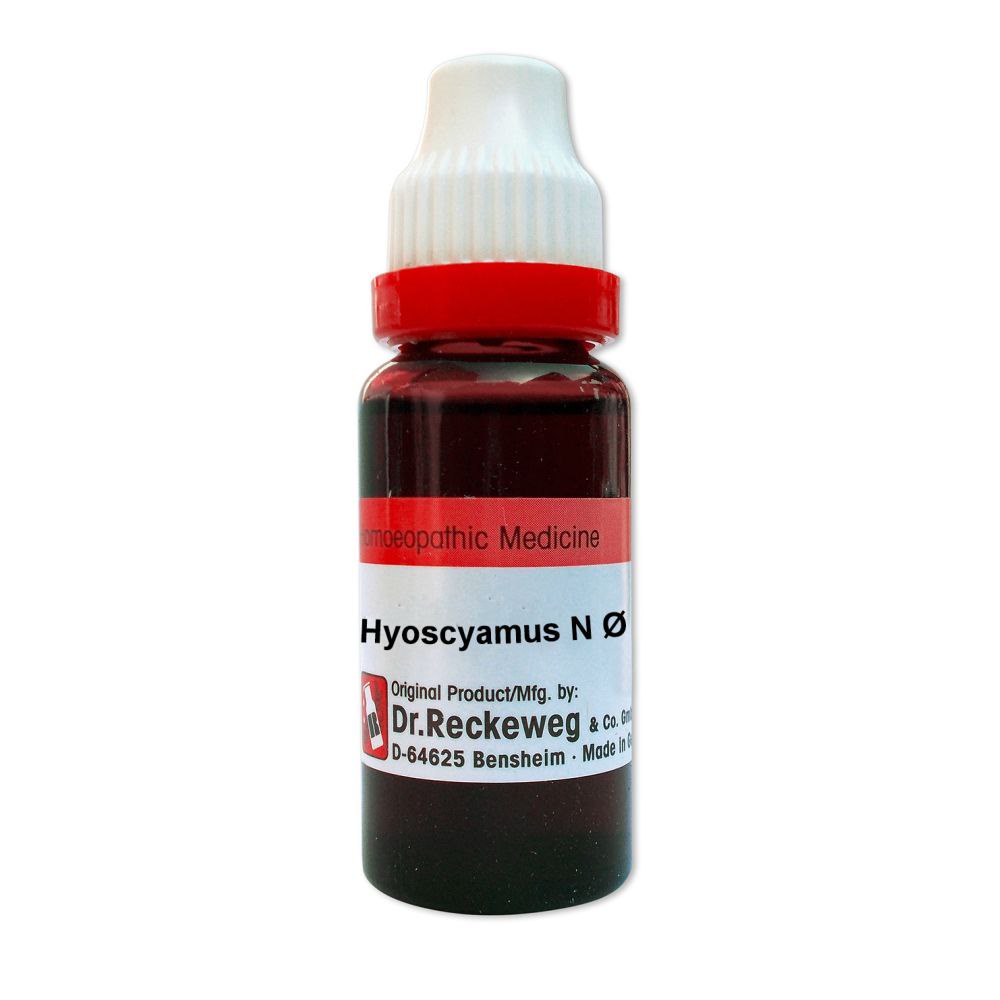 Hyoscyamus is recommended for people who are tense, irritable, jump out of bed, try to flee, give irrelevant answers, jealous, and have unhappy romantic relationships.

Believing that he has been poisoned, he is suspicious and refuses to take the medication.

The patient displays himself by singing, talking, and acting sexually.

In Hyoscyamus, it alternates between high and low grades of muttering, talking delirium.

The delirium that starts out violent, gets milder, and eventually knocks you out. It can even happen while your eyes are open.

Headache that is pressing and stupefying, particularly in the forehead, along with body-wide coldness but no thirst.

Hyoscyamus is indicated by a head that shakes or waves from side to side while the patient is unconscious and has red eyes that sparkle.

Eyes that are red, fixed, convulsing, and prominent with swollen eyelids and an inability to open them.

Hyoscyamus, whose face is pallid and sunken, is helpful in reducing facial muscle twitching.

The tongue feels warm and numb, and the face becomes hot and red.

Teeth covered in sores; morning; toothache made worse by the cold.

Hyoscyamus is indicated by the throat feeling dry and hot, as well as by the uvula lengthening.

Hyoscyamus is indicated by a dry, nocturnal, spasmodic cough that gets better when you sit up.

Hyoscyamus is indicated by cramps and burning stomach pain that improves with vomiting.

In Hyoscyamus, the abdomen feels tender to the touch and suffers from a cramp-like pain that is relieved by vomiting.

Hyoscyamus is indicated by child convulsions brought on by fear or intestinal worm irritation.

There is a persistent desire to flee, but there is little or no relief.

Women who are lying down experience urinary incontinence or lack of urination.

issues raised by both men and women

Male: The body is exposed as sexual desire grows.

Female: Sexual parts are revealed by arousal of the desire.

Convulsive shaking of the hands and feet, excruciating headaches, and excessive sweating during the menstrual cycle.

swelling in the feet along with back pains, particularly in the lumbar region.

It is possible to have hyoscyamus if your tendons twitch, you feel cold, or your feet swell.

Hyoscyamus is used to treat spasmodic disorders and muscle twitches that are typically accompanied by delirium.

Hot, dry, brittle skin, and the appearance of dry pimples are symptoms of hyoscyamus

Belladonna abuse-related rashes and ulcer bleeding are both common.

The herb hyoscyamus is effective for treating agitation and insomnia.

Symptoms that appear after consuming food or liquids

It gets worse when touched, at night and during the evening, when you’re lying down, when it’s cold outside, when you’re jealous, when you’re in the middle of your period, and when it first starts.

Side effects of Hyoscyamus niger