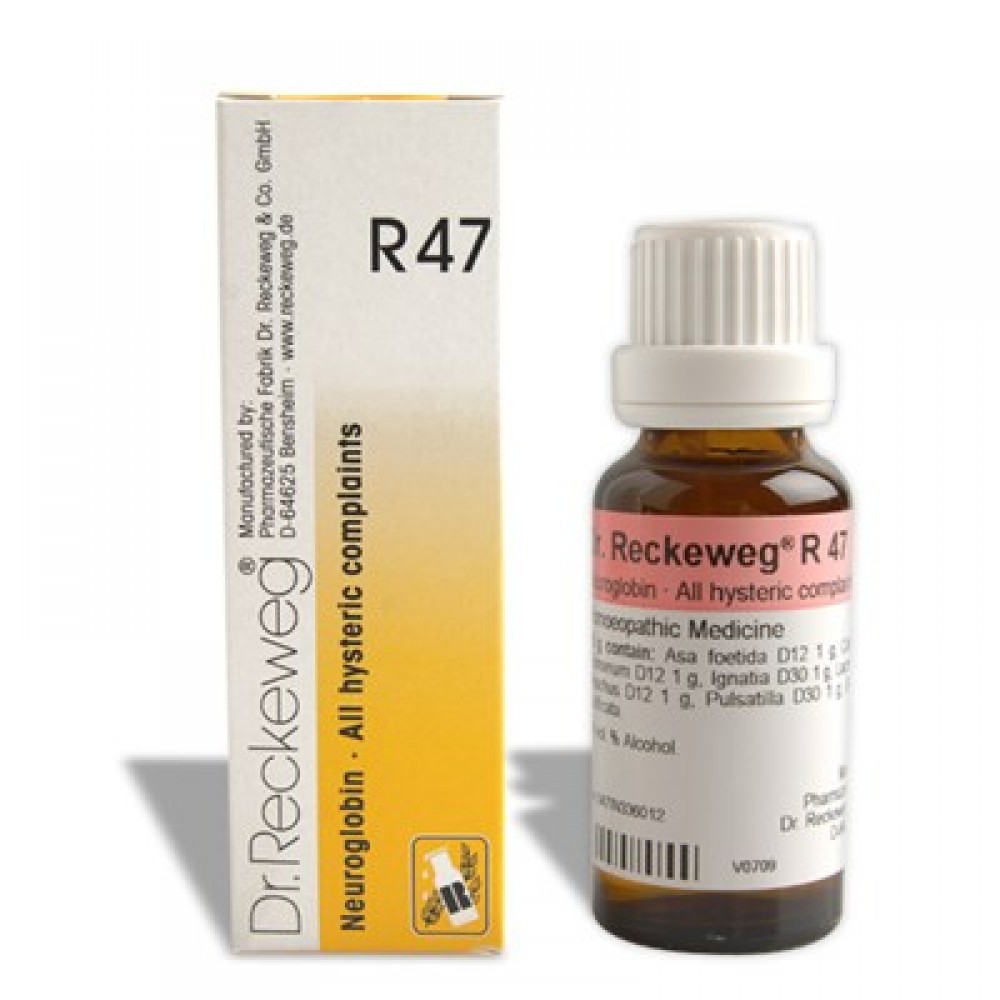 Insane Complaints of All Kind

Other hysteric sensations include suffocating at night, throbbing and constriction in the throat, and aggravation ante menses. Hysteric ball. Constrictions and disturbances from the stomach up to the throat. Sensitivity to noises. Nervosity.

In cases of hysterical ball and other conditions similar to it, the combined effect of homoeopathic therapy, such as that found in R47, acts in a particular way on one organ or a complex of symptoms. Asa foetida: Sense of a ball in the throat.

Hypersensitivity to noises and a strong pulse that can be felt in the throat are both symptoms of glonoinum.

Lachesis is characterized by a feeling of suffocation, fits during the night, and an abrupt awakening.

Overall, R47 is more effective than any psychotherapy, rapidly lessens the complaints, which then go away. It may also be used as a complementary treatment in St. Vitus’ dance. It is obvious that such complaints are caused by functional disturbances in the ovaries, primarily influenced by Lachesis and Pulsatilla, as well as by the other ingredients. Such complaints affect women of all ages, in youth as well as in the climacteric age.

* The same dose given every 15 minutes is advised when experiencing fits.