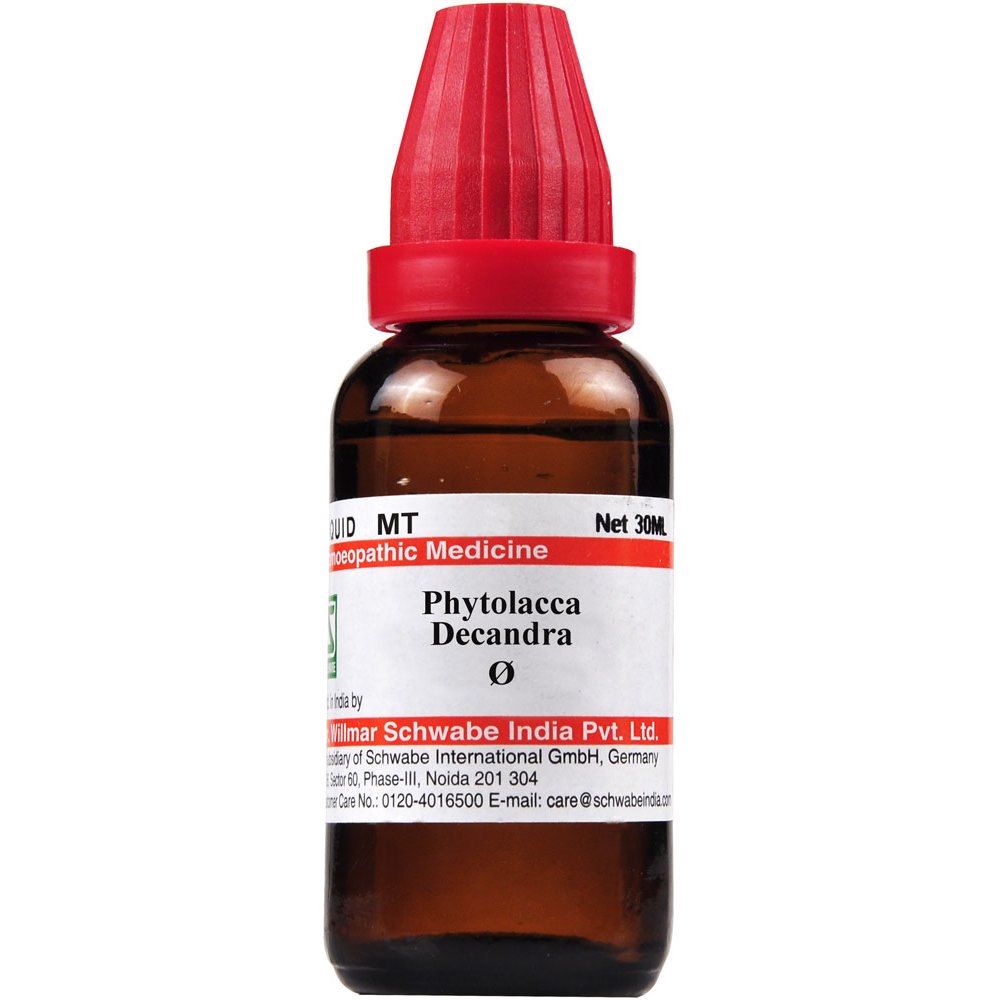 Fresh root dug in the winter, fresh leaves, and a tincture of ripe berries.

The frontal, pressive, eye-involved, and worse on the right side headaches associated with phytolacca.

Scaly scalp eruption can be treated with phytolacca.

We arrive at Phytolacca when we experience head heat accompanied by cold body sensations elsewhere.

Phytolacca decandra can be identified by the desire to bite the teeth and gums together.

It is a treatment for the dentition stage.

Phytolacca helps with swallowing difficulties and the excruciating shooting pains that come with each attempt in both ears.

Pain in the back of the mouth, throat burning from speaking too much, Phytolacca decandra works wonders for these conditions.

When the throat is full and the tongue’s root hurts severely while swallowing, phytolacca is helpful.

Phytolacca decandra symptoms include pain when swallowing that shoots into the ears.

When a child nurses, the breasts hurt, there is nodosity in the breast, there is a feeling of weightiness like stones, and there is a mammary abscess, phytolacca is a useful medicine.

Phytolacca is an effective treatment for mastitis, where the hardness is immediately noticeable and there is intense burning.

Phytolacca helps to relieve the pain from nipple that travels throughout the body as well as the cracks and small ulcers around the nipples.

Phytolacca is indicated by irritable breasts both before and during menstruation.

issues that men have

With this treatment, you can get relief from sharp pains associated with testicular induration and genital ulcers.

All finger joints that had been painful, hard, or shiny returned to normal after taking phytolacca.

The treatment is effective for pains that move from one area to another like electric shocks, which occurs more frequently at night and in wet weather.

the axillae have enlarged glands.

The treatment is especially effective for sciatica, which affects the outside of the limb and radiates pain downward from the top.

Phytolacca is indicated by severe cramps and pains that come and go suddenly and involve muscles that are hard and ridged and have formed large knots.

After confinement, the sacrum begins to hurt, radiating through the knees and ankles before rising again.

In ulceration cases, the external application of phytolacca has produced positive results.

Phytolacca Decandra helps to relieve itching that starts on the hands and feet and spreads to the entire body.

This remedy is indicated by scratching and complaints getting worse as the bed heats up.

Strong desire to take a bath in cold water.

Inflamed and swollen glands and bones can benefit greatly from phytolacca.

This remedy helps to relieve pain in all muscles from the head to the foot.

It is advised that you follow a doctor’s orders.

occupies the space between Bry and Rhus-t.

Mastitis treatment involves the use of a tincture.

Many throat conditions benefit from a few drops of Phytolacca in water.