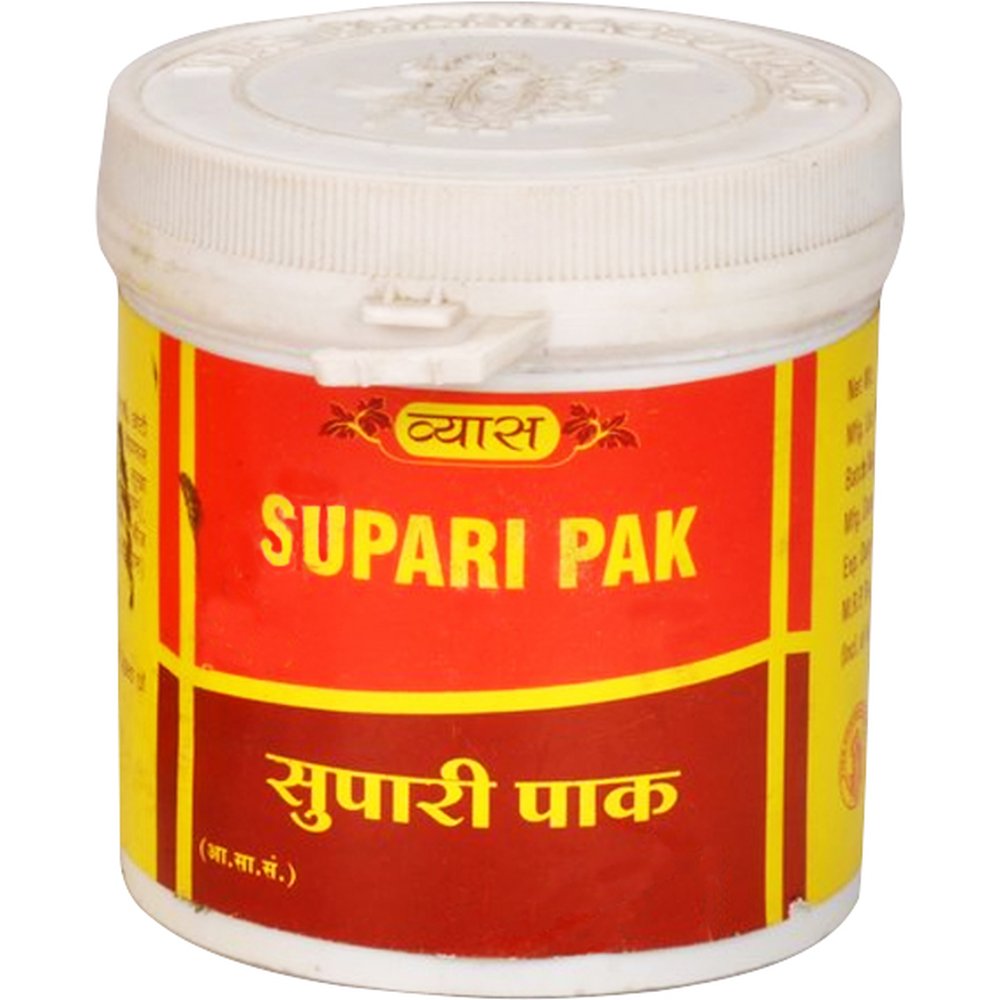 Supari Pak is a balancing and revitalizing formula for the female reproductive system that works as an alternative, is indicated in leucorrhoea, and is used as an uterine tonic after delivery. It also gently maintains the healthy production of female hormones while relieving blood and abdominal congestion.

Supari Pak is a traditional remedy that has been used to treat leucorrhoea, as well as general physical weakness, facial paleness, and anaemia. It is a nervine tonic that also treats backaches, pain in the shins, anxiety, and uneasiness. It also relieves physical fatigue. Supari Pak can also be used by men to treat spermatorrhoea (the uncontrollable discharge of sperm).

The following situations call for the use of Supari Pak

Supari Pak is a well-known ayurvedic medicine that is used to treat women’s health issues, particularly for the management of leucorrhoea. It contains a number of ingredients that have antimicrobial properties, so it helps to get rid of infections of the reproductive organs. Additionally, it improves blood circulation to the pelvic organs and Supari Pak contains Loha Bhasma, which helps to increase hemoglobin level and blood formation. It also acts

The following symptoms are also present in many women who have leucorrhoea.

Along with leucorrhea, these symptoms are also diminished and eliminated by Supari Pak, which also maintains optimum health by regaining strength and energy.

Based on the predominant symptoms, additional medications may be needed, such as those listed below: Supari Pak alone can be effective in treating mild cases of leucorrhea.

The most frequent cause of Pelvic Inflammatory Disease (PID) is bacterial infections; Supari Pak’s antibacterial action eliminates the bacteria and prevents their growth; its anti-inflammatory action lessens swelling and restores the health of the pelvic organs; its antispasmodic action lessens pain in the lower abdomen and pelvis; and its astringent effects lessen offensive odor and discharge. When Supari is combined with Ashokarishta, it also helps to

The main treatment for recurrent miscarriage is Ashwagandha (Withania Somnifera), which is given with Misri (sugar) and cow’s milk. For additional supports, Supari Pak is used to tone the uterine musculature and restore its natural functions. Recurrent miscarriage is thought to occur when the uterine musculature is unable to implant the fertilized egg appropriately. It occurs due to the weakness of the uterus and

Side Effects of Supari Pak

If Supari Pak has caused you any discomfort despite there being no known side effects, kindly share your insightful feedback in the comments.

Supari Pak contains ingredients that are categorically forbidden during pregnancy and lactation and has an adverse effect on the reproductive system, particularly the uterus.