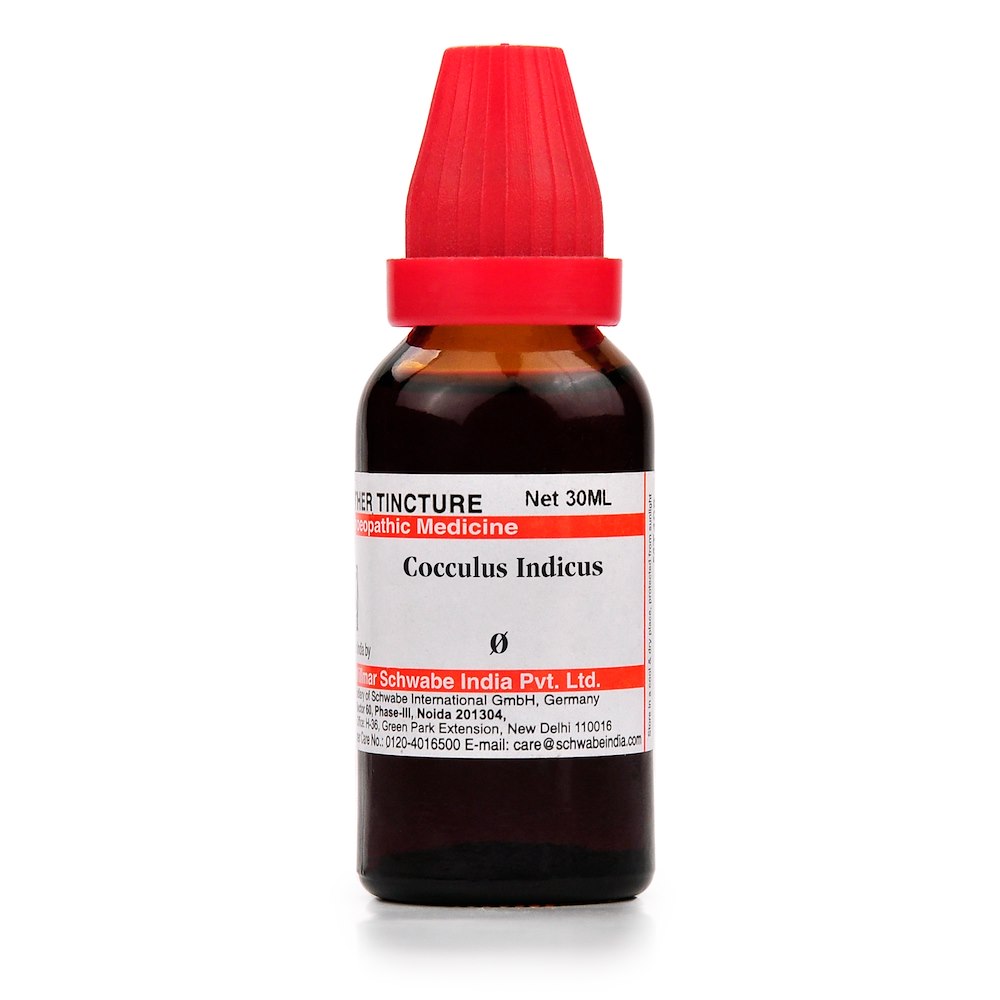 The ground seeds are turned into a tincture.

It is appropriate for people who are physically and/or mentally exhausted and unable to continue with any effort.

Congestive headaches, migraines from illness, motion sickness, vertigo, and fatigue are all alleviated by occulus.

Anger-fueled tendency to see only the negative in everything.

Cocculus is indicated by vertigo, an urge to vomit upon getting out of bed, and vertigo.

the inability to open your eyelids at night while having convulsive rolling of the eyes.

swelling of the parotids and the sensation that the ears are stopped are signs of cocculus.

Dry throat symptoms are relieved by occulus, as are throat and esophageal burning pains.

Face numbness and trembling, as well as trembling and quivering facial muscles, are signs of cocculus.

Cocculus is indicated by bouts of nausea, vertigo, and nausea.

stomach cramps and painful cramps that feel like they are coming from a claw.

Cocculus relieves cramp-like colic, which is characterized by constriction in the upper part of the abdomen.

The liver enlarges after delivery, the flatus persists without relief, and the mouth has a sour, queasy taste.

The patient in Cocculus will feel queasy at the mere mention or smell of food, whether it be in the kitchen or the adjacent room.

With Cocculus, you can get relief from colicky bowel pains and significant abdominal distension.

With Cocculus, painful bowel movements that are tearing, cutting, spasmodic, violent, cramping, urging to urinate, and burning in the rectum are all alleviated.

abdominal cramping that makes it difficult to sit.

issues that men have

Testicles that pull like they have a bruise when touched, genital regions that are excitable and desire coitus.

Menstrual cramps are caused by too-early, long, but short periods.

Cocculus is indicated by a weakened neck and heavy head.

The hands are tingling and your feet are burning.

Evening and nighttime, particularly around midnight, many symptoms worsen

The symptoms of cocculus include shaking hands when grasping objects and tearing in the limbs from the cold.

The soles of the feet are numb, the hands are hot and swollen from arthritis, and the fingers are awkward.

This remedy helps to relieve the itching and red bumps that resemble millet grains and are caused by warm temperatures.

The complaints are brought on by anxiety, excitement, insomnia, and convulsions.

Joint stiffness and rigidity are typical characteristics of a cocculus, a worn-out body and mind.

With this remedy, you can stop getting aggravated when you talk, move, move your eyes, or ride a bike.

The fingers, shoulder, side of the face, and lower extremities are all numb.

the glands becoming engorged and indurated.

Convulsions and cramps throughout the body, including in the limbs

Side effects of Cocculus Indicus