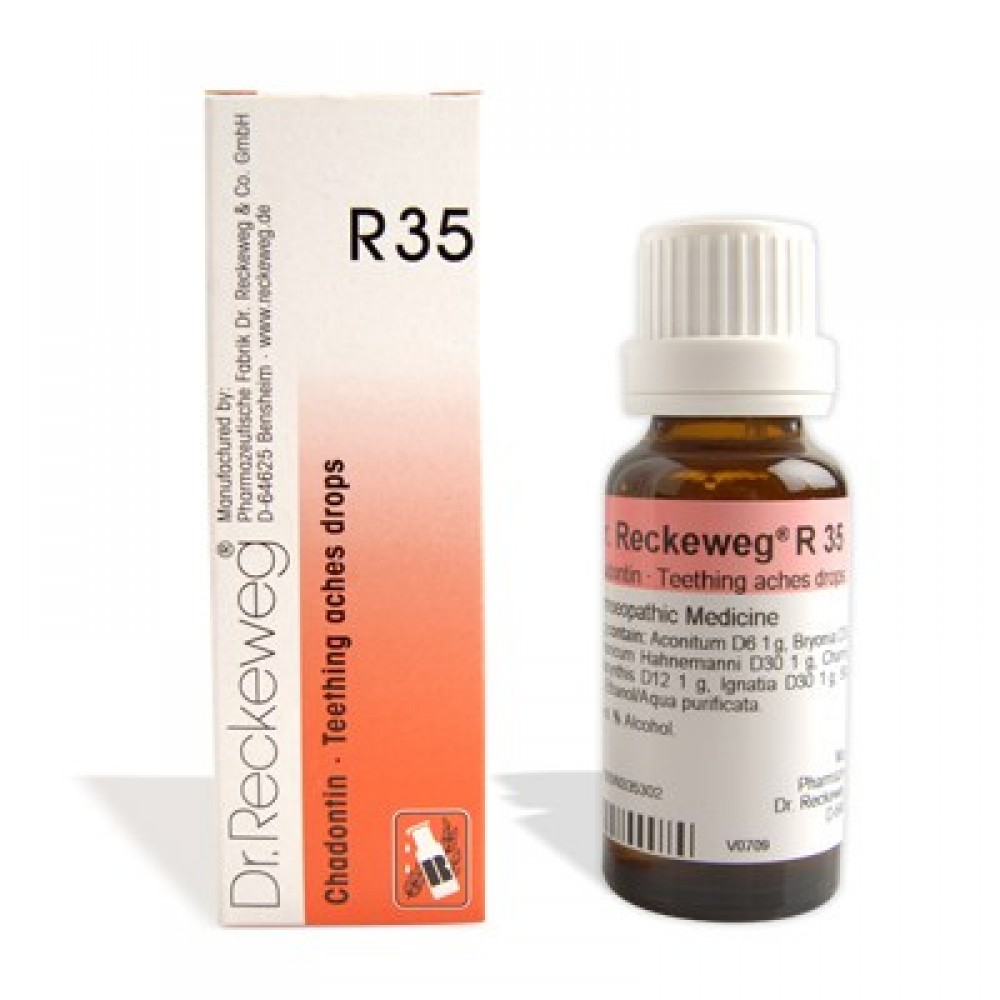 Dental pain and delayed teething are both unpleasant.

Its constituents’ potentiated actions are what cause the therapeutic effects.

It is advisable to check the ears at the same time (otitis media) because R35’s action reduces the pains and inflammation that appear suddenly in a number of excitation-related conditions and frequently precede illnesses brought on by a chill, such as bronchitis, eventually also before measles.

How to Use: Little ones can be given a teaspoonful from a dilution of about 40–50 drops in 12 cups of water every 5–10 minutes if they are experiencing acute cases, which is almost exclusively how the product is used.

* For pain caused by hollow teeth, administer a small amount of cotton wool soaked in a small amount of this product in pure form. This is especially effective with older children and in less severe cases when 10-15 drops, frequently, in a little water.