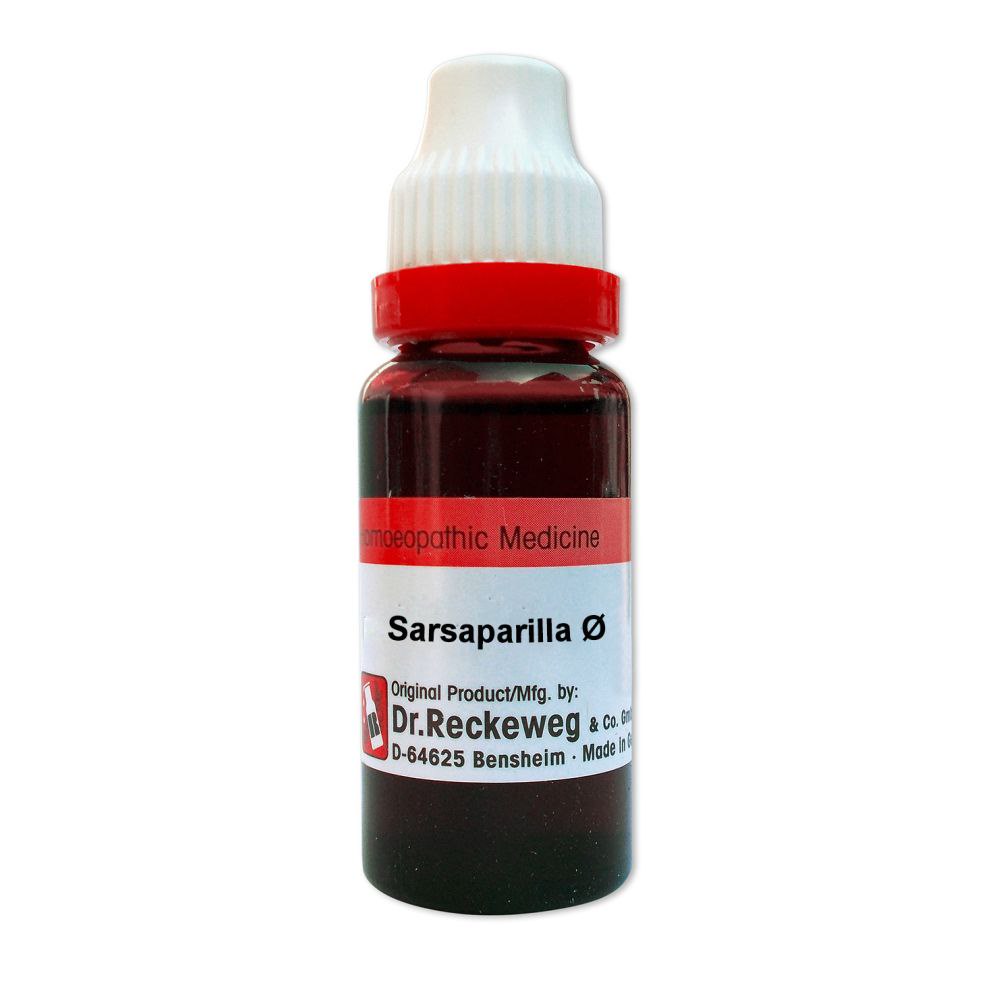 The dried rhizome of several Smilax species is used to make tinctures and other medications.

Sarsaparilla is helpful for people who have a fickle temperament, trouble controlling their anger, are easily offended, are ill-humored, have slow thinking skills, and are unable to comprehend things.

Pains from the occiput to the eyes, vertigo, nausea, and a sour rising sensation, along with sensitive scalp.

Sarsaparilla relieves old neuralgic headaches on either side of the inner semi-lateral head.

headache and severe pain in the forehead from feeling like a tight band is around your head.

Sarsaparilla is used to treat burning, itchy scabs on ear lobes as well as shooting pains from the left ear to the base of the nose.

Sarsaparilla treats scabby eruptions and dry coryza, which cause a blocked nose.

pimples, breakouts on the upper lip and face.

Sarsaparilla relieves aphthae on the tongue and palate, as well as swollen gums and pain from excoriation.

throat that is particularly dry and scratchy in the morning.

This medication calms a violent cough brought on by a gullet ulceration that tickles.

After eating, the stomach feels as though nothing was consumed.

Constriction in the stomach, frequent or persistent nausea, and an unproductive urge to vomit

Sarsaparilla is indicated by a warm and burning feeling in the stomach, particularly after eating bread.

Hard, slow-moving, and sparse waste, frequently with a strong desire to leave.

Urination that is infrequent and ineffective, or that emits very little urine

pale urine that is frequently released in large amounts day and night without the urinary organs feeling it.

The bladder stones can be removed with the aid of sarsaparilla.

Excreta between the thighs, abdominal pinching, and pressure in the loins and pit of the stomach, as if by a claw, are all symptoms of menstruation.

When menstrual cramps start in the morning and are accompanied by bitter vomiting, sarsaparilla can help.

One side of the neck is swollen and uncomfortable to touch.

Sarsaparilla can relieve spermatic cord pain that comes from the small of the back and is exacerbated by motion and at night.

Tensive pain with the slightest movement from the loins to the hips.

Sarsaparilla makes it possible to move by reducing the stiffness and immobility of limbs.

Sarsaparilla relieves leg cramps in the calves and legs, numb fingers, and rigidity in the legs due to contraction.

Deep rhagades in the skin of the fingers are accompanied by burning pains, as well as tension and swelling of the feet.

Sarsaparilla is indicated by bone pains that are worse at night, tears and pressive shootings in the hands, fingers, and forearms.

The tettery eruptions, wet and dry scales, and abrasions on the hands’ palms are all relieved by sarsaparilla.

Purulent vesicles are easily caused by the smallest cause of ulceration.

eruptions that often occur in the spring and feel like itches.

Skin becomes shriveled or folds when there is extreme undernourishment.

All joints and limbs are torn, and the hands and feet frequently tremble in addition to the painful head pain and abdominal pinching.

Sarsaparilla is used to treat tearing, shooting, and pressive pains.

Right sole’s inner side and later the entire sole are throbbing in excruciating pain when you sit down.

Chest shooting, which frequently makes the patient bend over double.

Side effects of Dr. Reckeweg Sarsaparilla